Hotel planned for historic garden gets thumbs down

A proposed nine-storey hotel that could lead to the destruction of a baroque garden in Pietà has been recommended for refusal.

The development application for Giardino Zamitello is set to be decided by the Planning Authority on December 3.

The Planning Authority’s case officer made the recommendation for refusal on the basis of an objection by the Superintendence of Cultural Heritage, saying that the proposal ran counter to the height limitation policy and would negatively impact “sensitive historic environments”.

The Zamitello garden runs directly alongside the Grade 2 scheduled gardens of Villa Frère and close to the grounds of St Luke’s Hospital, elements of which are also protected for their historic significance.

The case officer also said the development would interfere with “key strategic, long distance views to the sea” which conflicts with Urban Objective 2, that “seeks to improve the townscape and environment in historic cores and their setting”.

However, architect Edward Said, who heads the NGO Friends of Villa Frère, told Times of Malta that the recommendation for refusal did not adequately represent the concerns of the NGO and other objectors.

“We feel that these observations are unsuitable because they’re ambiguous,” he said. “It’s not just a matter of reducing the height. The proposed development would change the entire context of the garden as well as Villa Frère’s.” Neither did the criteria for refusal adequately take note of Giardino Zamitello’s historic importance in its own right, he said.

Despite new plans to reduce the footprint of the new building and restore some of the structures within the garden, the proposed development would still be impinging on the giardino chiuso and roughly a third of the existing gardens would have to be demolished to accommodate it, he said. 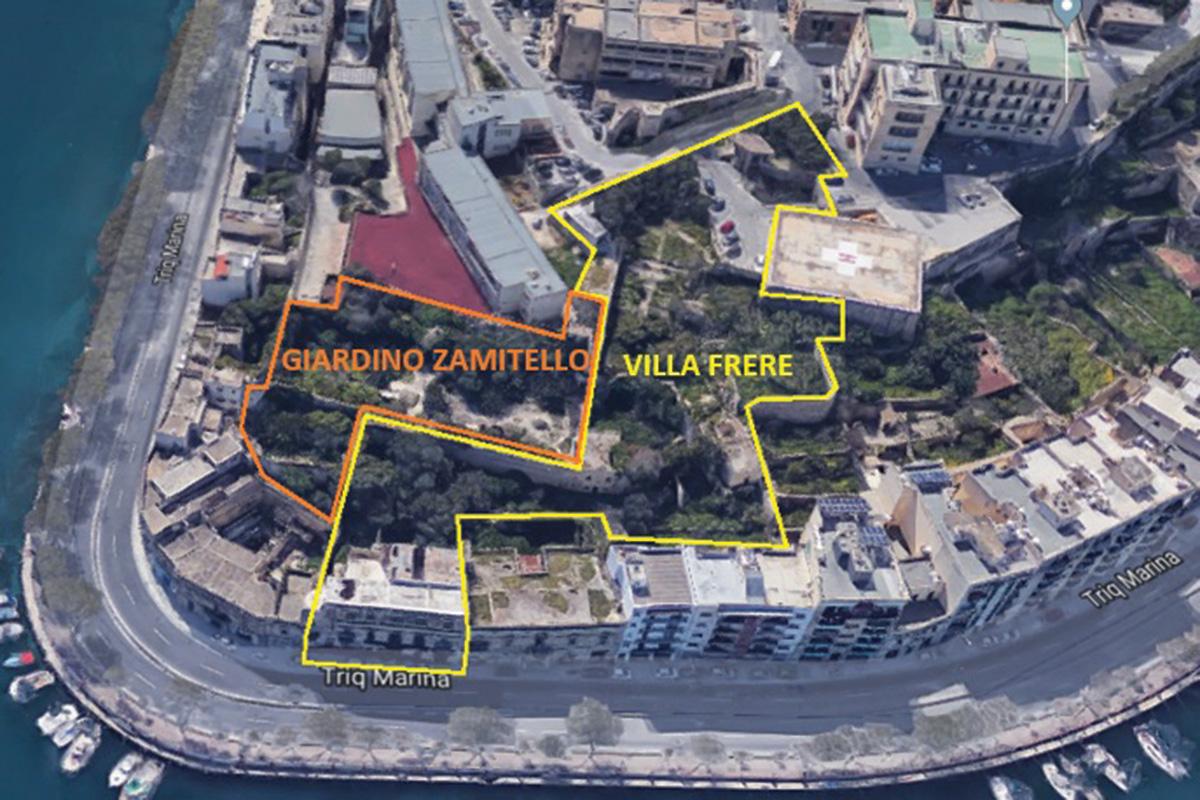 Friends of Villa Frère have submitted applications to have the gardens as well as Giardino Zamitello elevated to Grade 1 scheduled status. “Our main concern is that despite its recommendation for refusal, the board might interpret the findings as having issue solely with the height and approve it with the sole condition that one storey is eliminated,” Mr Said said.

“We feel there should be no development higher than the height of Villa Frère, which is about three-and-a-half storeys.”

Mr Said added that there were no attempts by the developer to create photomontages of the visual impact that the development would have on the area, despite invitations by the NGO to visit and survey the garden and take photographs from within the grounds to better understand the impact.

“The proposed development would destroy the open space context of the villa and eradicate the last open views of Valletta and Floriana from the top of the gardens,” Mr Mifsud said.

Mr Mifsud also noted that the Zamitello garden and Villa Frère shared a running boundary wall as well as an interconnected system of underground water reservoirs.

“Historically, this could be one of Malta’s most important buildings. Very few countries have the privilege of saying they can trace the birth of their language back to a particular building.”

Mikiel Anton Vassalli, considered to be the father of the Maltese language, was a frequent visitor to Villa Frère and its namesake, Captain John Hookham Frère. Vassalli and Frère engaged in long conversations about the development of the written Maltese language and Frère even sponsored the publication of some of Vasalli’s first books.

Unobstructed views of Floriana from the gardens of the villa also held a degree of sentiment for Hookham Frère. When his beloved wife Elizabeth Jemima Frère passed away in 1831, he had her buried in a large tomb in the Msida Bastion Garden, where he could still steal a glance at her from his lush gardens.

And justice for all…

Daphne thanked for exposing corruption, by JPO, one of her strongest foes