The Nationalist Party has called off a national protest it had planned to hold on Sunday as both political parties came under attack for seeking to mobilise their supporters in a tense moment for the country.

Plans for the demonstration were announced in a Facebook post by PN general secretary Clyde Puli on Wednesday morning, but it was roundly condemned by many supporters.

In a statement, the PN explained that it had decided at the beginning of this week to hold the national protest on Sunday.

However, it said the national interest demanded the participation of people of different ideas and beliefs in a democratic process leading to the best solutions for a restoration of stability and credibility to the country.

It had therefore decided to postpone the protest planned for this Sunday, it said.

On Tuesday the Labour Party also announced it would hold a meeting in Fgura, changing the venue which was earlier advertised as the main square in Zejtun.

Both political parties subsequently came under pressure from their own supporters to reverse their attempts to ‘rally the troops’ .

Earlier on Wednesday Education Minister Evarist Bartolo warned against fanning the flames of hatred and violence in such a delicate moment for the country. He warned against ‘sparking the crowds’ and asked who would then put out the fire.

Other Labour exponents and staunch supporters took to social media expressing their concern. PL sources also told Times of Malta that many party activists were denouncing the party as the planned activity was being seen as a move by “Joseph Muscat’s loyalists” to keep him in place and eliminate any internal calls for him to make way. 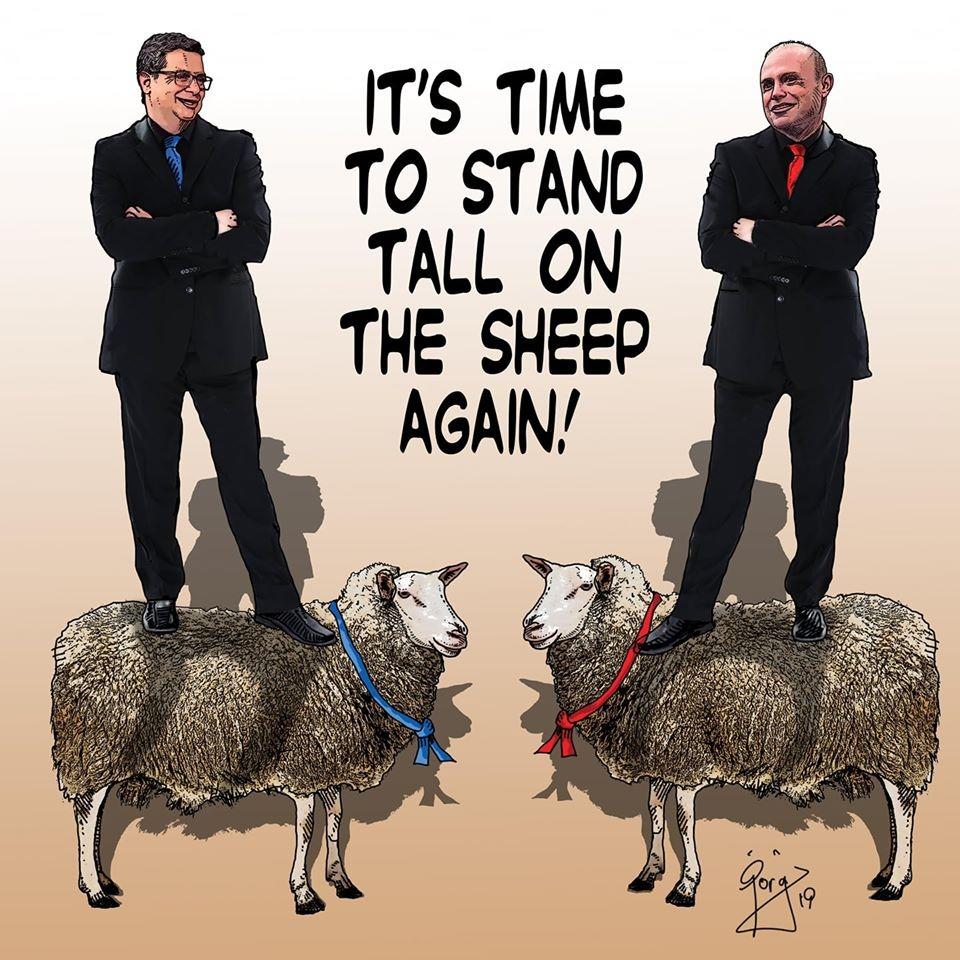 Artist Gorġ Mallia’s take on the decision by both parties to hold national rallies.

The internal criticism inside the PN, which traditionally has a smaller loyal base than Labour, was even harsher.

Seen as a move by the leadership to “hijack” the mood in the country and turn it into some support for Adrian Delia, many supporters and members of the parliamentary group indicated they were totally against the idea.

“This is not a battle between the PL and the PN or Joseph Muscat versus Adrian Delia. This is about the future of Malta and a fight over what is right and what is wrong”, an MP said.

Social media was inundated with calls for the activity to be cancelled, with some even accusing the leadership of “playing into Labour’s hands”.

Protests over the lack of rule of law and the need for justice over the assassination of Daphne Caruana Galizia were always organised by the civil society and it was only lately that the PN decided to join.

In a post, Daphne Caruana Galizia’s son, Matthew, denounced both the PL and PN and encouraging people to ignore the parties and continue to support activities by the civil society.